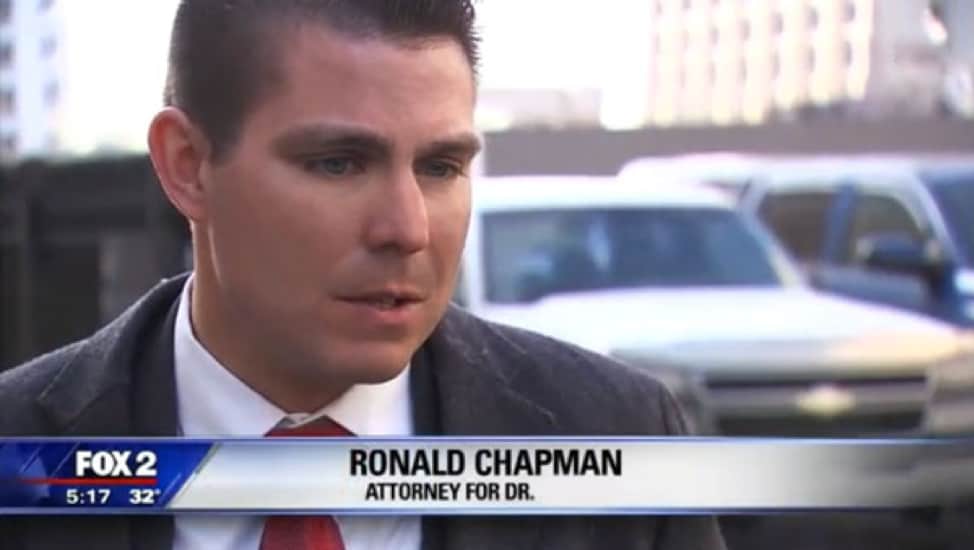 Fox 2 Detroit stopped attorney Ron Chapman outside the Federal Courthouse to speak with him regarding his defense of Detroit-area doctor indicted today for $18 million in prescription Fraud and conspiracy to traffic drugs. Ron Chapman, who defends physicians nationwide against drug trafficking and health care fraud allegations, told reporters that the doctor practices good medicine and he looks forward to presenting the evidence in court.