Administrative Remedies Provision of 42 U.S.C §1997e Does Not Apply If Inmate Not Incarcerated at Time of Filing of Complaint 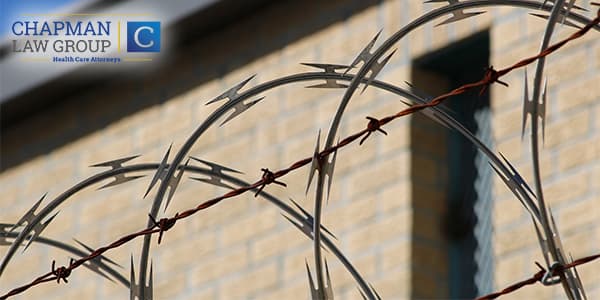 How the Prison Litigation Reform Act Changed Things Around

One of the first defenses raised in inmate litigation is the failure to properly pursue administrative remedies.

“No action shall be brought with respect to prison conditions under section 1983 of this title, or any other Federal law, by a prisoner confined in any jail, prison, or other correctional facility until such administrative remedies as are available are exhausted.”

Congress enacted the Prison Litigation Reform Act (“PLRA”) due to a sharp rise in prisoner litigation in the federal courts. Congress’s intent was to bring the litigation under control and weed out frivolous lawsuits.

Is the Prisoner ‘Incarcerated or Detained in Any Facility’?

Most assume that all litigation related to inmates must show exhaustion before the cases can be allowed to proceed.  However, 42 USC §1997e refers to a “prisoner” filing suit under 42 USC §1983 and other federal law.  §1997e specifically defines a “prisoner” as:

“[A]ny person incarcerated or detained in any facility who is accused of, convicted of, sentenced for, or adjudicated delinquent for, violations of criminal law or the terms and conditions of parole, probation, pretrial release, or diversionary program.”

Courts have found that when an inmate is no longer “incarcerated or detained in any facility,” they are no longer prisoners under the PLRA.

Carter v. McKenna, 2004 U.S. Dist. LEXIS 29089 (W.D. Mich. Apr. 15, 2004), explained the issue is “whether the exhaustion requirement applies when an action is brought by a former prisoner for an alleged civil rights violation that occurred while he was incarcerated.”

The court determined that a “straightforward reading of the statute resolves the issue. The statute pertains to actions brought ‘by a prisoner confined in any jail, prison, or other correctional facility …’ It does not pertain to a former prisoner who is no longer confined.”

The court in Mabry v. Freeman, 489 F. Supp. 2d 782, 785-786 ( E.D. Mich. 2007), explains that “the PLRA clearly and unambiguously limits the application of the exhaustion requirements to plaintiffs who are confined, incarcerated or detained in prison for criminal violations at the time suit is filed.”  Because the plaintiff was out of prison when he filed his complaint, he “was not a prisoner within the meaning of the PLRA when he filed his complaint, [and] the exhaustion requirement does not apply to his case.”

The Mabry court further declares that “every federal court of appeals that has addressed this issue has held that the PLRA’s exhaustion requirement does not apply to suits brought by former inmates.” This was held to be consistent with the PLRA, because Congress passed the PLRA to “affor[d] corrections official’s time and opportunity to address complaints internally before allowing the initiation of a federal case” and thereby “reduc[ing] the quantity and improv[ing] the quality of prisoner suits.” Woodford (quoting Porter v. Nussle, 534 U.S. 516, 524-25, 122 S. Ct. 983, 152 L. Ed. 2d 12 (2002)) and Mabry, supra. (See also, Cox v. Mayer, 332 F.3d 422, 426, (6th Cir. Tenn. 2003).)

“Congress deemed prisoners to be pestiferous litigants.” Mabry, supra, at 785. Congress found that filing lawsuits was a “recreational activity” for prisoners because the prisoners had little to lose and much to gain financially.  Further, a trip to court would be a means for the prisoner to get a short stint away from the correctional facility.  Id.  at 785-786.

In contrast, the Mabry court noted, “former prisoners must expend valuable time and money to file suits and, consequently, do not need the same disincentive to filing frivolous lawsuits as current prisoners,” and there is no need to provide the prison officials time to address complaints concerning a former inmate. Id. at 786.

However, if the inmate files suit while incarcerated, and then is released, the PLRA applies. In Cox, the appellate court determined that when a plaintiff prisoner who did not exhaust his administrative remedies before filing suit, as required under § 1997e(a), and was subsequently released, the court had to rule on a motion to dismiss for failure to exhaust, even though the plaintiff was no longer a prisoner.

Cox also noted that the primary concern of the PLRA was over the rising number of lawsuits filed by prisoners and the opinion that most of these suits were frivolous, and enforcement of the strict language of the statute was required.

Prisoner Can File Grievances, Then a Lawsuit, Upon Release

If anything, a former inmate can gain an advantage by filing grievances and then filing a lawsuit after being released. In Robinson v. PTS of Am., LLC, 2006 U.S. Dist. LEXIS 26482, 10-11 (M.D. Tenn. April 24, 2006), the court found the plaintiff was not subject to the PLRA because she was released from jail.  However, “[w]hile Plaintiff no longer maintained the status of ‘prisoner’ at the time of the filing of her lawsuit, Plaintiff clearly came within the definition of ‘prisoner’ for purposes of the PLRA at the time she asserted her grievances against Hartford while in PTS custody.”

Nothing indicated that she would lose the “benefit of a tolling period (made applicable by pursuit of administrative remedies while in custody) by virtue of release from prison.”  Therefore, the plaintiff had benefit of the tolling of the statute of limitations while pursuing grievances in jail. (See also, Bell v. Zuercher, 2011 U.S. Dist. LEXIS 125927, 12 (E.D. Ky. Oct. 31, 2011); PLRA does not apply to former prisoner; tolling under grievance procedure until inmate abandoned same.)

Lawsuits by former prisoners cannot be defended using the administrative remedies argument under 42 USC §1997e. However, the former prisoner can use the filing of grievances while in prison to toll a statute of limitations.

Defending correctional care claims requires not only deep knowledge and understanding of the duties of law enforcement and the legal system, but a sense of fairness and confidentiality.

Our national attorneys consider it a privilege to represent healthcare providers nationwide working in the correctional setting as well as local governments and their employees.

Among the types of correctional law claims that we handle:

Our national health care defense law offices are in Detroit, Michigan; Miami and Sarasota, Florida; and Los Angeles/Southern California. Contact us today and let us show what 35 years of correctional facility defense litigation can do for you. 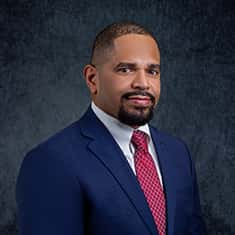 Plaintiff, a prisoner with multiple sclerosis, was unable to establish that injuries or damages were proximately caused by defendant physicians’ negligence or wrongdoing.

Our attorneys contended that the prison diet was not part of the correctional health care company’s role per the contract and Department of Corrections policy.

The Court determined that the facts — including Plaintiff’s admitted refusal of the medical care offered and his disagreement with the treatment plan — did not provide a basis for a deliberate indifference claim.