Can I, a Florida Healthcare Provider, Continue to Work During a DOH Administrative Action? 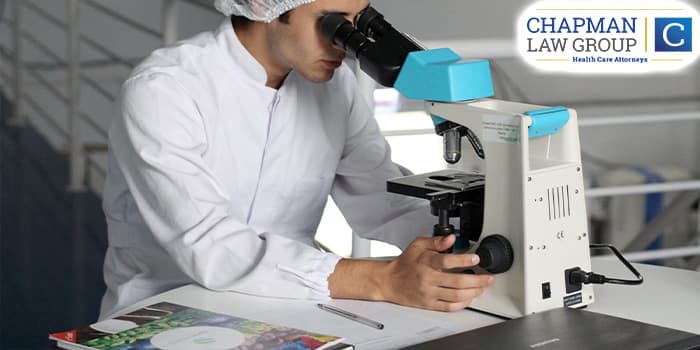 Florida health care providers often experience a great deal of confusion about whether they are subject to restrictions on their ability to work due to administrative actions by the Florida Department of Health (DOH). This Q&A addresses those specific concerns in relation to DOH letters of investigation and administrative complaints, as well as the Intervention Project for Nurses (IPN), and Professionals Resource Network (PRN). Due either to not understanding the law or misinformation from colleagues, many health professionals think that they must stop working when FDOH or IPN/PRN issues arise.

Below are answers to several questions that Chapman Law Group frequently hears. These answers should serve only as general guidelines; you should not rely on this information as legal advice. Every health professional’s case is unique and you should, therefore, consult a professional licensing attorney before making any decisions that could impact your license and livelihood.

I received an DOH letter of investigation. Does this mean that I have to stop working?

No, you can and should continue to work unless you also received a document specifically ordering you to stop working. In fact, a letter of investigation is a private matter (i.e. not of public record) between you and the DOH. Therefore, it is not necessary for you to tell your employer about the letter unless the terms of your employment agreement require it. However, your employer, or former employer, may have reported your suspected violation(s) and will already know about the DOH investigation.

What is an DOH letter of investigation?

An DOH letter of investigation serves to provide you notice that DOH intends to investigate a complaint that was filed “in writing, signed by the complainant, and is legally sufficient1.” DOH may initiate an investigation if it has reasonable cause to believe that a licensee has violated a Florida statute, a rule of the department, or a rule of a board2.

An DOH investigation is a state administrative action that can be loosely compared to an arrest in a criminal matter. Therefore, just like an arrest, many things could happen between initiation of the action (investigation) and a final disposition. Importantly, several things could occur resulting in no discipline against your license. These include, but are not limited to, the case being dismissed by DOH3, a finding of no probable cause4, a letter of concern (non-compliance)5, a settlement without discipline, or an adjudication of not guilty.

Licensees have the right to submit a written response within 20 days (45 days for physicians) from receipt of the letter. If you receive a letter of investigation you should retain a professional licensing attorney, like the Chapman Law Group, who has expertise in responding to these letters.

I was terminated from work and have a letter of investigation. Can I look for new employment?

Yes, you can seek and accept new employment unless FDOH gave you specific instructions not to look for work (but this is very rarely the case). There are several reasons why you should seek a new job. For one, you will need income to support yourself and family. In addition, returning to work helps to create a favorable “track record” and could be used to show DOH that you are safe to practice your profession and perhaps counter allegations made by your former employer.

Do I have to tell potential employers about the letter of investigation?

You are not required by law to tell potential employers about a letter of investigation. But, if questioned by the employer about an DOH investigation, you must be truthful and acknowledge such information. Be aware that should you be hired and the investigation later results in discipline against your license, you will be required to tell the employer. Therefore, some health professionals choose to tell their potential employers up front about a pending investigation so their employer is not surprised if and when the health professional reports a disciplinary action against his/her license.

My letter of investigation is related to alleged drug and/or alcohol use/diversion. Should I contact IPN/PRN for an evaluation?

Unless you received specific instructions from DOH along with the letter of investigation, you are not required to contact or enroll in IPN/PRN. However, if you believe that you have a substance abuse problem and would benefit from a monitoring and treatment program, then you should consider entering IPN/PRN before being ordered to do so by DOH. You should consult with a professional licensing attorney, like Chapman Law Group, before contacting IPN/PRN as these programs require you to sign a binding contract.

Can I participant in IPN/PRN and still practice?

Yes, most often you are permitted to participate in IPN/PRN and continue practicing. One of the primary purposes of the IPN/PRN is provide treatment for health practitioners while they work and maintain their licensees. Occasionally, depending upon the severity of the situation, IPN/PRN may require you to refrain from practice during evaluation and any resulting treatment. In those cases you may resume practice when given authorization to do so by IPN/PRN. The approval for a return to practice is issued upon recommendations from approved treatment providers in consultation with PRN staff7.

Do I have to tell my employer (or potential employer) that I am enrolled in IPN/PRN?

Yes, it will be necessary for you to tell your employer that you are enrolled in IPN/PRN. This is because the terms of the IPN/PRN contract usually require you to have a “sponsor” at work who observes your practice for safety and makes regular reports to IPN/PRN. However, your participation in IPN/PRN is a confidential matter between you and the employer, so other individuals at work need not know of your enrollment.

If you have questions about the terms of your IPN/PRN contract you should consult with a professional licensing attorney, like the Chapman Law Group, who has experience reviewing IPN/PRN contracts.

The investigation against me resulted in an administrative complaint. Do I need to stop working?

A Probable Cause Panel recommends an administrative complaint when the investigation and/or the expert opinion support the allegation(s) against you8. Just as with a letter of investigation, you can and should continue to work unless you also received a document specifically ordering you to stop working. But unlike a letter of investigation, administrative complaints are public record and are linked to your practitioner profile on DOH’s license verification website.

Do I have to tell my employer that an administrative complaint has been filed against me by the Department of Health?

Do I have to tell potential employers about an administrative complaint?

For Licensing and Regulatory Matters, the Florida Healthcare Attorneys at Chapman Law Group Are Here for You

For 35 years, our Florida healthcare lawyers at Chapman Law Group have worked to defend the license, freedom and livelihood of nurses like you. We work with nurses and other licensed healthcare professionals throughout Florida, including Miami, Jacksonville, Tampa, Orlando, and West Palm Beach.

There are many issues that can threaten your professional license, including:

At Chapman Law Group, all we handle are healthcare-related matters. And, because we also have an active criminal law practice group that focuses solely on the health care profession, our lawyers are able to take a stronger approach to:

Our attorneys have vast experience in defending Florida licensed health care professionals, including:

We at Chapman Law Group represent the interests of medical professionals. Our attorneys understand the importance and intricacies of licensure. Each lawyer in our professional licensing defense practice group works with physicians, nurses, pain management clinics, pharmacists and other licensed healthcare professionals.

You worked hard for your license. We are here to help you keep it. Contact us today so we may help preserve your livelihood.

Case Result: Doctor Falsely Accused by PRN of Relapsing Has Her Case Dismissed

After testing positive for alcohol at levels that indicated binge drinking, our healthcare licensing attorneys submitted the polygraph results to the DOH along with letters from her medical providers attesting to her fitness to practice.

How to Protect Your Medical or Nursing License Following a DUI

For most of the working population, getting a DUI is embarrassing and costly. For health care professionals, a DUI conviction can be career-ending. You’ve probably