After Feds Assert He Was Running a ‘Pill Mill,’ Caro Physician Joseph E. Oesterling, M.D., is Victorious in His Appeal

In October 2017, Dr. Oesterling was acquitted by a jury of his peers of all federal criminal charges brought against him and his medical practice, Caro Medical Group, a Caro-based family practice. The prosecution argued at trial that Dr. Oesterling was running a “pill mill.” However, after a nearly monthlong trial, a jury did not buy the prosecution’s claims.

The government appealed the trial court’s ruling maintaining that the property taken from Dr. Oesterling was derived from illegal activity. For a third time, a court disagreed with the government. In January 2019, the Court of Appeals struck down the government’s appeal, stating that the government did not cite any evidence that the amount of money that Dr. Oesterling had in his accounts could not be legitimately explained. The court also noted in its opinion that a DEA agent even testified that it was impossible to say whether the seized property were proceeds from illegal activity.

“Dr. Oesterling is finally looking forward to moving on from the government’s continued efforts to prove a wrong where one did not exist. Property is only subject to forfeiture if there is a substantial connection between property and illegal activity. There was no connection here,” said attorney, Ronald W. Chapman II. 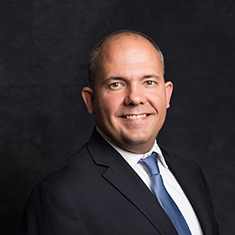 Healthcare providers accused of healthcare fraud or improper opioid prescribing can’t afford to overlook these signals when selecting an attorney.