CVS Abruptly Cut Off a Pain Management Specialist, Without Reason or Investigation — and Our Lawyers Successfully Fought Back 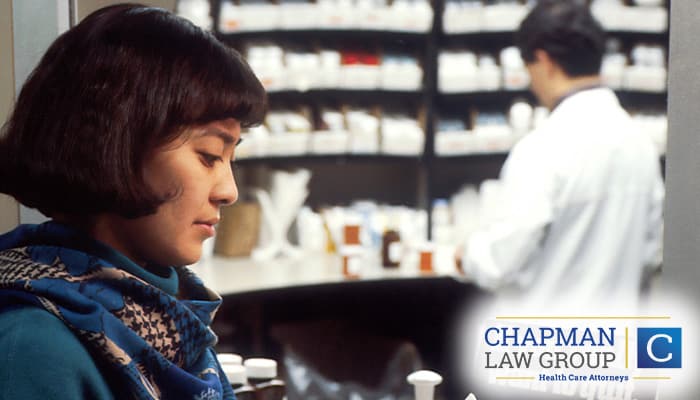 In the so-called “war on prescription drugs,” the DEA and national pharmacy chains have put up a strong arsenal to root out the rogue physicians who are running pill mills. But all too often, it’s the certified, licensed pain management specialists who have become the figurative casualties in this battle. In turn, their patients, who have serious, debilitating conditions, end up becoming the actual ones.

A federal lawsuit we at Chapman Law Group recently filed against CVS — the second-largest pharmacy chain in the U.S. — is just of the many astonishing examples of why the system is failing.

And if a recent, successful injunction on our client’s behalf is any indication, CVS and other pharmacy chains had best heed our message: using algorithms and data-driven metrics to determine who does and who does not get their much-needed medication, pain or otherwise, is wrong.

As a big a win this is for our client, it nonetheless reveals a troubling, too common method that pharmacies employ. These big-chain pharmacies must look at individual patient records, and not rely solely on its monitoring program, to make its decision whether to fill prescriptions.

How Does One Phone Call Lead to a National Pharmacy Chain Making a Terse Decision?

Our physician client runs a Northern Kentucky interventional pain management specialty practice. As part of the rigorous compliance policy for the controlled substances his practice prescribes, he and his staff closely monitor patients to detect any signs of “doctor shopping” and drug diversion, using urine screenings and the state automated prescription reporting system.

Nonetheless, on July 28, 2021, CVS sent a letter to the physician stating that its pharmacy locations would no longer continue filling the physician’s prescriptions. This is medication that we know to be supported by medical necessity and serving a legitimate medical purpose. But CVS does not see it this way.

Making things worse, CVS did not provide any reason — valid or otherwise — in its letter for the exclusion. It simply cut him off.

What Does This Pain Management Specialist and His Patients Stand to Lose? Plenty

Because CVS is saying no to filling these legitimate prescriptions, and not giving an explanation for doing so, the physician’s practice and reputation will suffer tremendously:

For his patients who have chronic pain conditions, being told by CVS that it will no longer fill their prescriptions means:

Why is CVS in the Wrong? Look at Its History — and Its Troublesome Prescription Method

CVS, which has nearly 10,000 locations nationwide, has had a spotty go of it regarding the war on opioids. In 2015 it ponied up $22 million to the DEA for improper opioid distribution, then it paid $8 million the next year for unlawful distribution of controlled substances.

But it’s the “drug monitoring program,” which CVS put in place in 2012, that is the most problematic — and it accounts for our client being in the position he’s in with the pharmacy.

This system “uses algorithms to gather aggregate data on physician prescribing practices to identify physicians who demonstrate extreme patterns of prescribing certain highly regulated drugs.” Any physician who gets “flagged” by CVS is then interviewed and investigated.

Did our client undergo an investigation before CVS took action against him?

CVS did not look at medical records or charts, patient pharmacy profiles, or individual patient data. It did not talk to any patients. It did not conduct inspection of our client’s practice. It did not single out any prescription as illicit.

All it did was go by statistical data and a single phone call.

But CVS is not the only entity to do things this way. The federal government employs the same tactics.

“[W]e’re seeing in more recent cases, [Department of Justice] prosecutions are data driven. Prosecutions are initiated before an investigator has even looked at a medical record, before an investigator has even interviewed a patient. And in many cases, even though patients are clearly suffering from severe medical issues, the fact that a patient may have exhibited some signs of diversion or may have had a prior history of diversion is enough for federal prosecutors to move forward and indict that doctor.”

We are aware that, yes, there are physicians who go outside “the bounds of professional practice” by drug trafficking. In fact, we at Chapman Law Group are currently asking the U.S. Supreme Court to apply a definitive standard for prescribing controlled substances; this would remove any ambiguity over whether a practitioner stopped being a physician and instead served as a drug dealer.

But without providing solid proof that our client had done just that, CVS is tarnishing his reputation, torpedoing his career, and adding more pain to his patients.

With this lawsuit, we want CVS — and all other large-scale pharmacies — to get the message: the practice of algorithmically singling out legitimate practitioners, and not providing due process, is flawed. As national healthcare attorneys who are dedicated to preserving the livelihood of pain management specialists and other licensed healthcare professionals, we will not stand for it.

UPDATE, August 10, 2021: A federal judge has granted a preliminary injunction on this case, preventing CVS from taking action in denying this prescriber’s prescriptions to be filled, until a trial is held on the issue.

In representing hundreds of doctors, specialty physicians and pain management specialists on federal healthcare fraud and drug trafficking charges, we’ve been able to glean from the DOJ litigation playbook . Here are 10 secrets we’ve found — and how we tear them down at trial.

On a recent podcast, Ronald Chapman II explains why pain management physicians are often in a difficult situation when it comes to DEA compliance and treating patients.