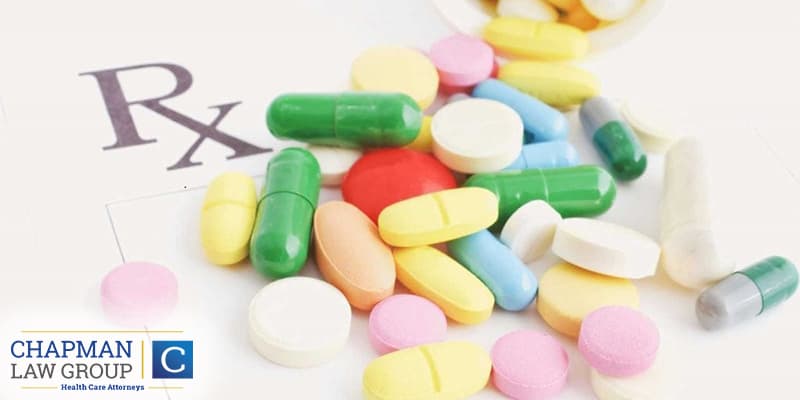 This coming March, the U.S. Supreme Court will decide the most significant opioid-related case in nearly five decades. And if you are a medical practitioner who prescribes controlled substances, this ruling could mean the decisions you make when prescribing will be held under an even harsher microscope than they do now.

Why? Because the nine Supreme Court justices will determine whether making a good faith effort to comply with the standard of practice actually counts when, ultimately, you made a mistake in prescribing.

If the justices hold that the doctor in Ruan v. United States was wrong to “reasonably believe[]” his prescriptions fell within the course of professional practice, then under the Controlled Substances Act, 21 U.S.C. § 841(a)(1), the government will be able impose criminal liability where there was none before. The feds won’t have to prove you were aware that you failed to live up to the standard of care — only that you did it.

You’ll face a lengthy prison sentence simply for having an objectively reasonable belief that your prescribing was a best practice. It’ll be as though you “knowingly or intentionally” prescribed outside the usual course of professional practice, when you never did anything of the sort.

Worse, the well-being of your patients will suffer, as you’ll be less apt to treat the people who legitimately need opioids, lest you risk losing your license, livelihood, and liberty.

As healthcare-based federal criminal defense attorneys, we at Chapman Law Group have defended countless clients who were accused of Controlled Substances Act violations. Most of these fell under the “pill mill” category, such as overprescribing or inappropriately dispensing controlled prescription drugs, or related standard of care violations.

These pain management specialists, specialty physicians such as chiropractors and urologists, and other medical professionals should only have been accused of violating administrative rules, matters that are normally handled by state licensing boards. Instead, they wrongly faced criminal charges.

And in one of the largest cases we’ve ever handled, a Caro, Michigan-based physician got swept up by the DEA in an alleged overprescribing scheme. It led to a high-profile criminal trial, the possibility of prison time, and the government seizing $6 million in assets. Our attorneys were able to clear his name, as we know the pain management guidelines and how they apply to the standard of care, and his assets were ordered to be returned.

It’s important to know that not everything that’s related to healthcare fraud — including controlled prescription drug matters — equates to criminal liability and punishable through prison sentences. Yet, if the lower court ruling in Ruan stands, pain management specialists and other prescribers could find themselves facing increased, unjust criminal exposure.

Where Does the Standard of Care Fit in with the Controlled Substances Act?

In Ruan, the lower court judge rejected defendant’s request to instruct the jury that “good faith” was a defense to the criminal charges of unlawful distribution under the Controlled Substances Act. The judge explained how 11th U.S. Circuit Court of Appeals held that a good faith instruction could only be granted to those whose conduct was considered within professional norms.

However, in a newly filed amicus brief to the Supreme Court, longtime federal criminal defense attorney Ronald W. Chapman II of Chapman Law Group notes that this denial eliminates the mental aspect of what makes up a criminal act:

A crime generally consists of a wrongful act (actus reus), a mental state (mens rea), and concurrence between the act and the mens rea where the mental state actuates the wrongful act. … In most criminal matters, “some form of mental state is a prerequisite for guilt,” unless strict liability is involved which is liability without regard to mental state.

The Court’s inquiry also raises two (2) additional questions: how do they decide, and what standards do they use? The [Controlled Substances Act] is of no help in that regard, and neither is 21 C.F.R. § 1306.04(a) [the Purpose of Issue of Prescription]. … [The Controlled Substances Act] does not contain the phrase “standard of care” or the equivalent “standard of medical practice,” let alone define it.

Chapman, who represents the defendant in one of Ruan’s consolidated cases, Couch v. U.S., adds that:

[T]he standard of care is not only challenging for juries, its evolving nature and inherent conflicts pose challenges to practitioners as well because the medical judgment of how to treat opioid use disorder and chronic pain with opioids is not an exact science and unavailable … .

In the end, risks are present in every treatment scenario. Differences within the medical community and among experts hired by the government reveal the myriad realities and challenges of how chronic pain and opioid use disorder is actually treated and the minefield that all practitioners must navigate. The standard of care is not a proxy for [the Controlled Substances Act’s] requirements, nor should it be used as a mechanism to ease the prosecution’s path to conviction for violations of a standard without proving the defendant’s purposeful intent to engage in illicit drug trafficking.

Yet, with the government abiding in prosecutions such as the ones in Ruan, Couch, and a pending Supreme Court case that Chapman is arguing, pain management specialists are engaging in a disturbing trend: they are turning away from doing right by their patients.

Why? Because the feds — especially the DEA — have essentially created criminal liability where there was none before.

[T]he government is now using alleged violations of the standard of care, which can result from medical error, negligence, or recklessness, as the basis for criminal liability, an application that was never specifically authorized by Congress or [the Controlled Substances Act].

To be clear, prescribers with knowledge of the prescription’s illegality, should have their prescribing privileges revoked and be subject to criminal prosecution. But the hundreds of thousands of physicians and other healthcare professionals with the authority to prescribe essential medicines to treat pain or opioid use disorder who lack the requisite criminal intent and evil purpose, should not have to face the government’s enormous resources and risk imprisonment for conduct that amounts to medical error, negligence, or at most, recklessness.

All of this conflicts with Moore, the Supreme Court case that serves as a landmark for hundreds of opioid- and pain management prescription-related decisions. Here, the Court authorized use of the Controlled Substances Act against physicians who forsake their roles as medical professionals and instead prescribe “without a legitimate medical purpose” and “outside the usual course of professional practice.”

Under Moore, for the government to prosecute, it must prove that the physician ceased practicing medicine and became, for lack of a better description, a drug dealer. But since then, the Department of Justice has systematically expanded this definition, instead using the Controlled Substances Act to prosecute mere disagreements with prescribing decisions.

With the Ruan case heading to the nation’s highest court, the nine justices have a chance to remedy that once and for all.

Are You Being Targeted for Controlled Substances Act Matters? A Federal Criminal Defense Lawyer is Your Best Choice

As the premier healthcare-based, federal criminal defense law firm in the U.S., we at Chapman Law Group are steadfast in our mission: to advise and defend healthcare practitioners who are involved in Controlled Substances Act matters. Our nationally recognized team of defense lawyers works with dispensers and prescribers on state and federal regulations surrounding controlled substances, to ensure compliance and prevent investigations and DEA enforcement action.

We have four national offices: Detroit, Michigan; Miami and Sarasota, Florida; and Los Angeles/Southern California. Contact us today for a consultation.

When is a Physician a Drug Pusher? For Controlled Substance Act, Standard of Care is the Best Defense

Why Your Healthcare Practice Needs DEA Attorneys for Defense of Criminal, Disciplinary Actions

Why Should I Have Counsel to Advise Me on My DEA Registration? DEA registration defense is a highly complex area of law, fraught with pitfalls