How Can I Get My Suspended or Revoked Florida Medical License Reinstated? 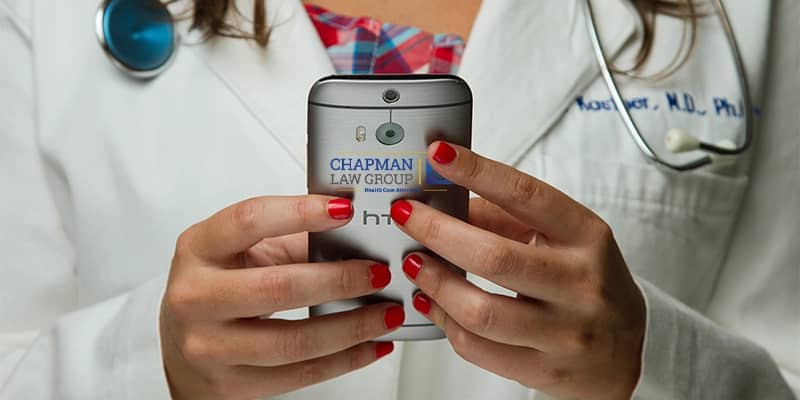 Your career as a Florida health care provider is dependent on being licensed to practice. Losing your license means being unable to serve the patients you swore to protect. But if your medical, nursing, dentist’s, chiropractor’s, pharmacy, or other healthcare license is suspended, that doesn’t mean you can’t get it reinstated.

There are a variety of reasons why your medical, nursing, dentist’s, chiropractor’s, pharmacist’s, or other healthcare license may have been revoked or suspended. But suspension and revocation mean two different things.

For instance, physicians may face licensure revocation if they have been excluded from participation in federal or state programs such as Medicare or Medicaid; these are considered bars to licensure under Florida statutes. As another example, a nurse may face revocation if she received a criminal conviction for public assistance fraud, as this is also considered a bar to licensure under Florida statutes.

Alternatively, certain violations that would otherwise not be considered a bar to licensure can be so severe to warrant revocation; this includes sexual misconduct.

On the other hand, suspension is not a permanent penalty as it’s usually limited by scope. The boards will impose a period of suspension, most often followed by a period of probation.

Yet, suspension is also considered a relatively severe penalty, most often seen in cases where the conduct of the licensee was gross negligence, or intentional or knowing. For example, a licensee may be suspended if they have committed medical malpractice that resulted in physical harm to a patient.

Suspension may also be conditional and are not limited in time. For instance, the board may suspend the licensee’s license on the condition that until they are found safe to practice by an impaired practitioner program (the two programs in Florida are the Intervention Project for Nurses, or IPN, and the Professionals Resource Network, or PRN). In these cases, the license will be suspended until the licensee is evaluated and cleared to be safe to practice.

With an attorney on your side, you can pursue reinstatement for a suspended license. Here’s what you need to know about the procedure and what you can expect.

How Do I Prepare for a Hearing on Health Care License Reinstatement?

In Florida, unless the final order says differently, if a period of suspension is imposed, the licensee is required to petition the boards for a hearing to lift the suspension. As an example, if the licensee is suspended on the condition that they enter a monitoring program with an impaired practitioner program, they need to provide evidence to the board that they are, in fact, enrolled.

The best way for a licensee to prepare for a hearing on matters such as these is to seek legal advice and representation from a Florida healthcare license reinstatement attorney. Why? Because hearings before these boards:

The ideal Florida health care license reinstatement lawyer is one who specializes in matters involving the Florida Department of Health (DOH) and medical boards. This means your attorney is able to navigate the process for you and will advise you on the best course for your licensing reinstatement.

What Will My Attorney Do in a Health Care License Reinstatement Matter?

Your attorney may ask you to provide them with the final order of the case (which imposed the suspension) and discuss with you the terms of the final order. It is highly likely that the final order will outline terms that you need to meet before petitioning for reinstatement. Your attorney will help you navigate how to present evidence to the board, how to answer questions, and participate in the hearing with you.

How Does the Florida Health Care License Reinstatement Hearing Happen?

To have audience with the board in question, licensees must petition the board. This requires written submission of a petition requesting the relief sought. Once the petition is submitted and received by the board, it will be placed on the next board agenda for hearing.

The boards generally meet every other month, usually the even months. That means if you file a petition with the Board of Nursing in July, the case is probably going to be placed on the agenda for the October meeting, not the August meeting.

The board should provide notice to the licensee and a letter sent via email or regular USPS mail providing the date time and location of the hearing. It is important for licensees to know that the time listed is not specific to their case — rather, that is the date and time when all petitions are heard. Licensees do not have the right to ask that the board hear their case outside of their normal board meeting schedule.

The board generally follows the schedule listed on the agenda. Therefore, while you may be required to appear at 8 a.m. on a particular date, you may not be heard until several hours later. Once your name is called, you will have the opportunity to announce yourself. If you do not announce yourself or miss the time when your name is called, the board may move forward with your case without you present. It is imperative that you be present at the time and date listed regardless of your place on the agenda.

What Is the Worst-Case Scenario in the License Reinstatement Process?

The worst-case scenario for licensure reinstatement is a denial. This is when the board, upon review of the evidence, votes to deny your request for reinstatement. In this case, it means that your license will remain under suspension.

What If I’m Denied Reinstatement of My Florida Healthcare License?

If you are denied reinstatement, then your license will remain suspended. If reinstatement is denied, it’s probably because some of the terms of the final order have not been met. For example, if the final order required that you prove to the board that you were safe to practice before being reinstated, and you do not possess an evaluation from an impaired practitioner program that would clear you of impairment, you will not be eligible for reinstatement.

Why Should I Contact the Florida Medical, Nursing, and Other Healthcare Provider License Defense Attorneys at Chapman Law Group?

For more than 35 years, the healthcare license defense attorneys at Chapman Law Group have helped thousands of Florida nurses, doctors, dentists, pain management specialists, and other licensed health care professionals get their license reinstated. We know what the Board of Medicine, Board of Nursing, administrative courts, and Florida licensing divisions look for, and we can hone in on the many intricacies involved.

With two Florida offices in Sarasota and Miami, we at Chapman Law Group serve health care providers throughout all of Florida. Whether you are working in Jacksonville or Orlando, within the Tampa or West Palm Beach areas, or as far north as Tallahassee or as far south as Naples, we are your go-to lawyers.

Don’t trust the future of your healthcare license to just anyone. Let the experienced, time-tested lawyers at Chapman Law Group be your partner in the reinstatement process.

What Florida Healthcare Professionals Should Know About Substance Abuse, Impairment, IPN/PRN — and Your License

Florida nurses and medical practitioners are most often referred to IPN and PRN by employers due to potential safety-to-practice concerns.

Should I Self-Report a DUI to the Licensing Board?

Failure to report can lead to probation or suspended/revoked license. Having a lawyer prepare your report could mean avoiding/reducing fines and sanctions.

Criminal Actions and Their Impact on Professional Licenses

Nearly all criminal issues directly affect physicians’ and nurses’ professional license — even if the charge is unrelated to their practice.

Does a DUI Affect Your Nursing License or Medical License?

How to Protect Your Nursing, Physician or Professional License When Convicted of a DUI or DWI A DUI does not need to be a career-ending

What to Do If You Receive a Summary Suspension of Your Medical, Nursing or Other License

In Michigan, the State must show that “emergency action is required to protect the health safety and welfare of the citizens of the state.” If

DOH and LARA Investigations and Complaints