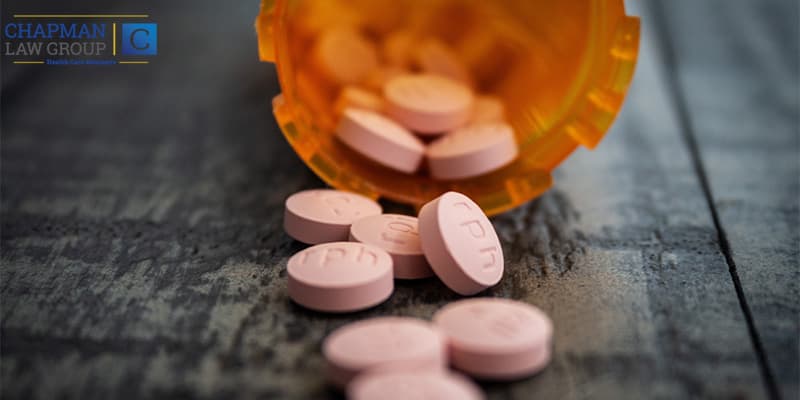 For 35 years, we at Chapman Law Group have represented physicians, pain management specialists, and other licensed healthcare professionals in national white-collar criminal law and government investigations. We are one of the few law firms in America who can lay claim to that.

Yet, every so often we see news about criminal law matters that come from the other side.

Such is the case with a special agent from the Department of Health and Human Services, Office of Inspector General (“HHS-OIG”), who is facing charges for his role in guarding an illegal opioid distribution system — all while serving on the South Florida Health Care Fraud Strike Force.

Alberico Ahias Crespo is accused of conspiring to distribute Oxycodone, obstruct justice, and make false statements to the FBI over a 10-month period starting September 2019.

“Crespo allegedly used his position as an agent to both advance the drug distribution crimes and impede related federal health care fraud investigations, including investigations on which Crespo himself worked,” according to a July 22, 2020, statement from the U.S. Attorney for the Southern District of Florida.

In the case, Crespo, 45, is suspected to have protected Jorge Diaz Gutierrez, 65, who is accused of recruiting patients and sending them to medical clinics to obtain Oxycodone prescriptions. Agents said patients would then give the prescriptions to Diaz in exchange for money, while Diaz would allegedly fill the prescriptions at certain pharmacies and then sell the opioids to third-party street dealers at a markup.

According to the affidavit, Crespo is alleged to have been “monitoring Strike Force investigations involving Diaz, accessing and disclosing sensitive law enforcement information to Diaz, updating Diaz on the progress of health care fraud investigations, and coaching Diaz on how to lie to investigators and tamper with evidence.”

The National Healthcare Fraud and Criminal Law Attorneys at Chapman Law Group Are Your No. 1 Choice in Defense

We in Chapman Law Group’s White Collar Defense & Government Investigations practice group are quite familiar with such serious charges. As national criminal defense healthcare lawyers, we have represented hundreds of physicians, pharmacists and other healthcare professionals accused of running “pill mills” and drug diversion, among other criminal offenses.

But if you are a government official who is facing indictment for matters similar to Crespo’s, we offer vertical representation and provide the same zealous advocacy as with all our other clients.

Our healthcare criminal lawyers have seen, in these situations, pharmacists and physicians also get their professional medical licenses suspended or revoked, as well as their DEA registration.

The government claimed that property taken from Dr. Joseph Oesterling was derived from illegal activity, but the appellate court struck the argument down.

In this complex criminal case, our healthcare-based criminal law attorneys whittled away at the prosecution’s evidence, forcing prosecutors to offer a plea deal unrelated to healthcare or drug trafficking.