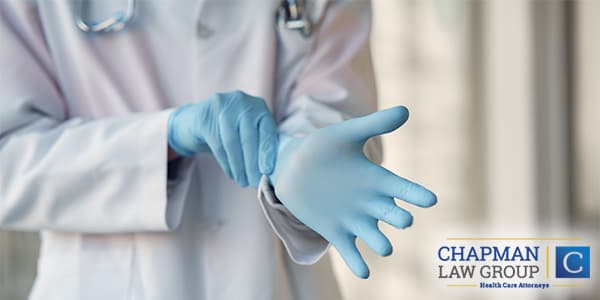 In our roles as healthcare-based criminal defense attorneys, we at Chapman Law Group have a national track record of successful trial victories for healthcare providers. Each of these is a win for more than just the client at the center of the case — every triumph also provides hope to every physician, pain management specialist, pharmacist, or similar medical professional, that, with the right lawyers on their side, they can make it through, too.

Our criminal law and healthcare fraud lawyers can look back to one case that shows how, even in the worst of situations, the right things can happen for a healthcare practitioner being dragged through a criminal maelstrom. All it takes is knowing that things can turn out right when you stay the course, stay committed to your legal counsel, and stay positive.

Such was the case of Michigan urologist Joseph E. Oesterling, M.D. He was accused of running an alleged overprescribing scheme, thrown into a high-profile trial, and had millions of dollars in assets seized by the government. As he maintained his innocence, we maintained our vigilance. And by working up a defense strategy that drew attention to flaws in the prosecutor’s case, we showed how accusations that would have destroyed Oesterling’s career — or any other physician’s livelihood in a similar situation — can be overcome.

In a recent article from international healthcare news source Medscape, Ronald W. Chapman II, chair of Chapman Law Group’s White Collar Defense & Government Investigations, recalled how the case came to be, and how our attorneys’ and Oesterling’s persistence paid off.

Oesterling was working at a Caro, Michigan-based family practice, while simultaneously running a urology clinic in nearby Saginaw. A urologist who helped advance prostate cancer research, diagnosis, and management, Oesterling had taken over the Caro practice as a favor to the widow of its original physician. Yet, most of the patients he inherited in Caro were on hydrocodone, methadone, oxycodone, and other pain medications. As he told Medscape:

“These people were on all these pain medications for one reason or another. According to their medical charts, you could argue it was justified, but in my own mind, they did not need all this medication. When my nurse and I got involved, we thought it was overdone and we started them on a program to methodically decrease their medications over time.”

Local and federal authorities, however, were monitoring the practice after Oesterling took it over. Then, in 2016, the DEA raided his Saginaw clinic, the Caro practice, and his Ann Arbor home.

Oesterling called us, and we went to work immediately.

We know very well that when the DEA commences a raid, the targeted physician has every reason to panic. Because for healthcare providers, a DEA raid can lead to more than just a criminal record, prison time, and hefty financial penalties. It also means being stripped of a professional healthcare license and having a shattered career and a permanently damaged reputation.

General criminal lawyers won’t take those things into consideration — but we at Chapman Law Group will.

Our DEA lawyers defend prescribers and dispensers across the U.S. against DEA raids, DEA audits and investigations, DEA registration applications and denials, and DEA registration suspension and revocation issues. In addition, we counsel health care professionals on state and federal regulations regarding controlled substances to ensure compliance, further providing the best protection for DEA investigations and enforcement actions.

Why Our Healthcare-Based Criminal Lawyers Made the Difference at Trial

“The prosecutor wanted us to plead all the time. … The final offer was 4 years of prison and $4 or $5 million in fines, and he thought that was a great deal. I told Ron we are never pleading guilty. I didn’t care what the rest of the world thought, I knew I was innocent.”

At the October 2017 trial in Tuscola County, Ron and Rob attested that Oesterling worked hard as a physician; had a deep understanding and caring nature with his patients; would meticulously verify medical complaints; and wouldn’t prescribe pain medication unless it was strictly for medical purposes. Per Medscape:

Through discharge records and letters, [Ron] Chapman showed that Oesterling had discharged more than 70 patients from the practice for failing to comply with rules, lying, or having urine screens that came back negative for the medications prescribed, according to court testimony. Charts that compared Oesterling’s prescription dosages over time with those from the deceased physician who formerly owned the practice illustrated clear decreases after Oesterling took over, according to Chapman and court testimony. In addition, tax returns entered into evidence revealed that Oesterling took a financial loss in 2015 after taking on the Caro practice and seeing less urology patients.

The jury found Oesterling not guilty of all seven charges.

And our work on this case exemplifies why it takes the health care-based criminal law attorneys at Chapman Law Group to get such a verdict.

Why? Because in our 35 years of representing health care professionals, we have perfected thorough defense strategies for pill mills, DEA matters, and Controlled Substances Act violations.

Our federal criminal defense attorneys know what pain management guidelines and the standard of care are for prescribing pain medications, and how each state — such as Michigan — handles unlawful prescribing or dispensing matters. For physicians, pain management specialists, pharmacists, and other medical professionals accused of diversion, we have real-world practical knowledge on the documentation and administration of medication.

Further, our lawyers have backgrounds as former federal criminal prosecutors, HHS/Medicare attorneys, and Medicaid fraud prosecutors — so we know what local, state, and federal prosecutors look for when charging and bringing healthcare providers to trial.

But even with Oesterling’s vindication through acquittal, $6 million in personal and professional assets — property and money seized during the government investigation — were still tied up. Everything Oesterling had ever worked for was still in the feds’ hands.

The government refused to let any of it go, maintaining that these assets were derived from illegal activity, despite a jury clearing Oesterling of any wrongdoing. And when the trial court ordered Oesterling’s assets be returned to him, the government doubled down by appealing the ruling.

But Ron and Rob remained steadfast as Oesterling’s life raft. They challenged the government, and in January 2019, the Michigan Court of Appeals affirmed that Oesterling’s assets should be released to him.

When the feds (the DOJ, FBI or DEA) take control of your assets and seek forfeiture, you have the right to have a lawyer contest asset seizure and forfeiture. Our healthcare-based criminal lawyers have an edge over common criminal defense attorneys, in that we’re seasoned on the federal forfeiture statutes and their complexities.

Further, we keep up in advancements in law that affect civil forfeiture actions, such as a recent U.S. Supreme Court ruling that gives new hope to physicians, like Oesterling, who are accused of improperly prescribing controlled substances.

The National Healthcare Criminal Defense Attorneys Are Your Beacon of Hope

If you find yourself caught up in anything similar to what Oesterling endured, or if you have any suspicions that what you’re doing could possibly lead to a DEA investigation, contact us immediately. We are national healthcare criminal defense lawyers, with four national offices:

If a physician is excluded from Medicare/Medicaid because he/she accepted a kickback, does this mean he/she could be denied DEA registration in the future? Not necessarily.