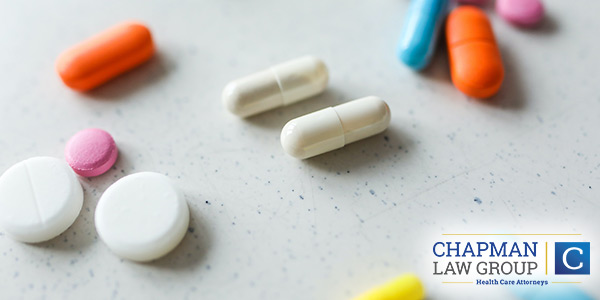 Ron’s mission is getting national attention, the latest instance being his inclusion in a white paper, “Criminalizing Good Medical Care: The Opioid Crisis and How to Practice Safely,” published by PainScored.

In it, Ron’s “Defending Hippocrates: Representing Physicians in the Wake of the Opioid Epidemic” article, which he wrote for the National Association of Criminal Defense Lawyers’ The Champion publication (September-October 2017 edition) is cited:

[Ron] writes about how federal and state prosecutors are more aggressive in investigating and prosecuting DEA registrants for prescribing “outside the course of professional practice.” How is this defined? It is clouded by a U.S. Supreme Court Decision, U.S. v. Moore, which upheld prosecution under the Controlled Substances Act (CSA). In the wake of the decision, federal circuit courts have had trouble understanding “legitimate medical purpose” and “usual course of professional practice.”

[Ron] argues that the “misunderstanding has led to the judicial creation of a ‘criminal standard of care’ for all appropriate prescribing.” It was revisited by the Supreme Court in Gonzales vs. Oregon, which attempted to clarify but ultimately confused the matter. Since then, federal circuit court opinions have held doctors to heightened, and often shifting, standards such as “failure to recognize signs of drug diversion.”

Ron, who focuses exclusively on defending health care providers nationwide who are under investigation by the DEA and federal prosecutors, also is mentioned as saying:

“[A] strong defense requires ‘narrowing of the standard, solid expert testimony and a strong presentation of the patient’s medical need for the prescription issued by a physician.’”

Ron has a strong record of defending some of the most high-profile healthcare fraud and unlawful distribution of opioid cases in the country. As a dedicated federal criminal defense attorney, Ron’s defense litigation portfolio included numerous acquittals of providers alleged to have been running pill mills and overprescribing.

With an LL.M. in healthcare among his credentials, he is a sought-after author and speaker on the issue. Ron’s extensive experience and focused practice ensure that his clients get the benefit of a focused and aggressive defense without the big law price tag.

At Chapman Law Group, our national DEA attorneys are dedicated to defending prescribers and dispensers against actions such as DEA investigations and audits, DEA raids, DEA registration applications and denials, and DEA registration suspension and revocation issues nationwide.

We also work with prescribers and dispensers across the U.S. to advise them on state and federal regulations surrounding controlled substances to ensure compliance and prevent investigations and DEA enforcement action.

Our DEA lawyers are experienced in defending DEA registrants both during DEA investigations and in subsequent DEA action if noncompliance with the Controlled Substances Act is found. When an investigation or DEA audit is initiated, we work with clients to respond to DEA complaints, demonstrate compliance, and negotiate agreements between the DEA and client to ensure minimal impact to their DEA Certification and license and reduce penalties.

Among the DEA actions we handle:

We are dedicated to helping national practitioners, pharmacies, distributors and other registrants protect their DEA registration and defend against DEA enforcement action. Our goal is not only to protect the DEA registration of our clients, but to protect their other professional licenses, their career and their reputation from damage caused by DEA investigations and allegations of noncompliance.

Considering Pleading Guilty to Healthcare Fraud or Drug Trafficking? Read this Before You Sign a Rule 11 Plea Agreement

Federal jails are filled with doctors who, when facing healthcare fraud charges, were pressured into taking plea agreements that they did not fully comprehend and now regret. Don’t let that happen to you.

Our healthcare licensing lawyers contended that the APRN’s firing was based on disability and was in violation of both federal and state law.

Our healthcare licensing attorneys argued that IPN was discriminating against an RN for RN’s spinal condition, and that the evaluator was committing malpractice by recommending the RN forego pain medications against 5 other doctors’ recommendations.