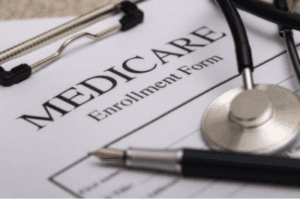 As of August 1st, 2016, the penalty for violating the federal false claims act has increased to $10,781-$21,563, plus triple the government’s damages and reimbursement of attorney’s fees and costs. The new penalty applies to claims submitted after November 2nd, 2015. Penalties are assessed on a per claim basis and each false claim carries its own penalty. Damages are calculated by talking the amount the provider received from the government for the false claim and multiplying that amount by three. In addition to treble damages and steep penalty fees, the government can also recover the cost of bringing the false claim action against the provider.

Violation of the false claims act is a felony, punishable up to 5 years in prison per claim. Providers can face both criminal charges and civil action for false claims act violations. If a provider is convicted of a False Claims Act violation, the OIG may exclude the provider from participating in federal programs. The provider may also face suspension or revocation of their medical license by the state medical board.

Health care providers need to be vigilant that their billing practices conform to CMS and other federal guidelines. An inadvertent error or procedural issue could lead to crippling fines and criminal penalties. Therefore, providers should seek guidance from a false claims act attorney to ensure that they are compliant with Federal and State regulations, including the False Claims Act.

Historic Fraud Case Names 73 from Florida and 16 from Michigan

Yesterday the Department of Justice (DOJ) announced a $712 million Medicare Fraud takedown by the Medicare Fraud Strike Force. It is the largest criminal health

Successfully Defended Physician During A Meaningful Use Audit Response

A Michigan health care provider underwent a pre-payment audit to determine whether his practice’s implementation of electronic health records (“EHR”) had met the meaningful use requirements for 2015.

The United State Government is making a strong commitment to investigate and target fraud within federal programs. There has been a significant financial investment by

The False Claims Act: A Gold Mine for the Federal Government And Whistleblowers