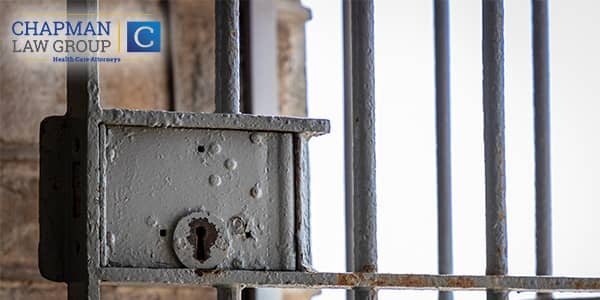 Immunity from liability can apply to the various governmental and private parties that practice police, correctional and medical functions for traditional governmental units. What can be difficult, though, is determining which forms of immunity may or may not apply to multiple lawsuits against municipalities, officers, medical personnel, and any private contractors. This is often a complex matter requiring considerable legal analysis.

At Chapman Law Group, our national healthcare law attorneys have experience in litigating and advising on more than 3,000 correctional facility cases across the U.S., many of which involved the interplay of several types of immunity. We’ve provided a summary of how the law works when it comes to governmental immunity.

The Defense of Qualified Immunity

Under the doctrine of qualified immunity, government officials performing discretionary functions generally are shielded from liability for civil damages, so long as their conduct does not violate clearly established statutory or constitutional rights that a reasonable person would know about.

In finding qualified immunity, the court, viewing the facts in the light most favorable to the plaintiff, determines whether a violation of a constitutional right has occurred, and whether a constitutional right at issue was clearly established at the time of defendant’s alleged misconduct. The court may also consider whether what the official allegedly did was objectively unreasonable.

As for Florida, state law allows punitive damages if the defendant was personally guilty of intentional misconduct or gross negligence. Further, an employer can be liable for punitive damages for the conduct of an employee if the employer actively and knowingly participated in such conduct; management knowingly condoned, ratified or consented to such conduct; or the management engaged in conduct which constituted gross negligence and contributed to the loss, damages or injury suffered by the plaintiff.

However, private corporations and their employees providing traditional government functions, such as providing medical care in prison settings, are considered state actors. This means they are acting in place of the government and may be similarly liable for their actions as if they were governmental employees.

Courts have held that private prison guards who contracted with a state to manage a correctional facility were not entitled to the protections afforded by the affirmative defense of qualified immunity. In addition, courts have found that the history and purposes of qualified immunity does not reveal anything sufficiently special about the work of private prison medical providers which would warrant providing such providers with governmental immunity. Therefore, for example, a physician’s assistant who was privately employed by a company that provided medical care to inmates is not entitled to assert a defense of qualified immunity.

Our National Healthcare Civil Litigation Defense Attorneys Are Here for You

Defenses of qualified immunity can and should be asserted early in litigation, which will often mean the defendants can avoid costly discovery. We at Chapman Law Group know that raising this issue will save our clients unneeded time and expense. Further, knowing that a qualified immunity defense does not apply to private contractors will save those private entities from pursuing a frivolous defense.

With 35 years of experience in civil defense litigation, our healthcare law attorneys have the know-how needed for dismissals, no-causes and, when necessary, alternatives to liability. Chapman Law Group is proud to be Michigan’s leading jail/prison and civil defense firm.

Across the U.S., we are the voice of the defense industry with respect to representing the interests of private correctional providers. Our attorneys consider it a privilege to represent healthcare providers working in the correctional setting as well as local governments and their employees.

Summary judgment granted in prisoner’s claims that a prison medical provider was deliberately indifferent to a chronic gastrointestinal issue.

Our attorneys contended that the prison diet was not part of the correctional health care company’s role per the contract and Department of Corrections policy.

Preparations for Depositions in a Deliberate Indifference Suit

As a healthcare professional, you will either be a party to the litigation or one of the treating professionals, and you will need preparation for the deposition.