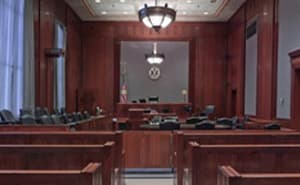 If the factors above are not met, according to Upjohn, the information provided by the employee would not be considered confidential and could be disclosed through compulsory production.  Warnings to employees must be consistent with Upjohn in order to meet the Supreme Court’s five-factor test and uphold the confidentiality of statements made to counsel.

The Function of Employee Interviews

After counsel has considered the necessity of Upjohn warnings and separate counsel, interviews of all employees who may provide relevant information should be conducted. Interviews of employees serve several functions: 1) to identify other documents and witnesses that are relevant to the investigation; 2) to collect information to advise the corporation on its culpability; 3) to preserve witness testimony for later use during government negotiations or court proceedings; 4) to allow management to fulfill its duty to conduct a thorough investigation; and 5) if possible, to make the first contact with witnesses prior to the conduct of government interviews.

Witness interviews should be conducted as early as possible and preferably before government investigators have had the ability to speak with the witnesses. Counsel will consider utilizing an investigator to be present for the interview in the event a witness is later cross-examined and impeachment testimony is necessary. However, investigators should not conduct most of the questions, as investigators often lack the appreciation for the legal nuance involved in complex health care investigations.

Counsel and the investigator may record the interviews, preserve all notes, and draft a report of each interview in a memorandum fashion clearly marked as “privileged.” If the employee witness provides particularly exculpatory information, counsel should consider obtaining an affidavit from the employee.

When determining who to interview, the investigator will begin with the individuals who have the closest proximity to the subject of the government investigation. This will ensure that other individuals who may possess knowledge can be quickly discovered and added to the interview plan. Counsel can always re-interview important witnesses after additional facts are gained from further interviews or to clear up conflicting testimony.

We Are Here To Help

If you are aware that your entity is being investigated by the state or federal government, it is imperative that you contact outside counsel to conduct a thorough parallel investigation. Failure to do so will leave you powerless to defend the eventual government allegations. In many cases, swift corrective action following an investigation will resolve disputes with federal regulators, including Health and Human Services (HHS), the Drug Enforcement Administration (DEA), and the Department of Justice (DOJ).