Our HIPAA Compliance Lawyers: Your Healthcare Privacy and Security Experts 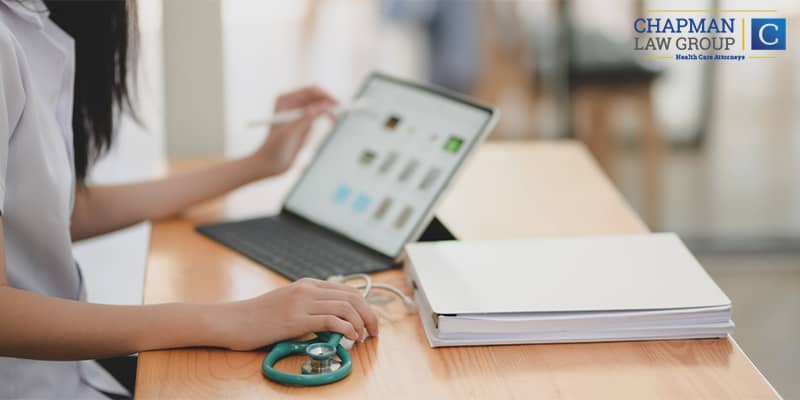 Are You Prepared for a Potential Data Breach?

For all licensed health care professionals, the privacy and security of a patient’s health information is of utmost importance. The medical compliance attorneys at Chapman Law Group — based out of our offices in Troy, Michigan, and Miami, Florida — are experienced with counseling clients all over the U.S. on potential data breaches under the Health Insurance Portability and Accountability Act (“HIPAA”), and other privacy and security laws.

We work to develop and execute a data breach response plan, including reporting to federal, state and local governmental agencies, responding to formal agency investigations, and putting a strategy together if your practice may have violated the HIPAA Breach Notification Rule.

If you believe there has been a breach to the security or privacy of protected health information (“PHI”), or whether your healthcare practice committed a HIPAA violation, contact the HIPAA compliance lawyers at Chapman Law Group immediately.

Our healthcare attorneys will help you with an investigation into the breach and getting notifications sent out in a timely manner to those impacted.

What is the HIPAA Breach Notification Rule?

A breach (or compromise) to the security or privacy of PHI is defined by the U.S. Department of Health & Human Services (“HHS”) as acquisition, access, use or disclosure that “poses a significant risk of financial, reputational or other harm to the individual.”

Among other things, the HIPAA Breach Notification Rule requires health care providers to demonstrate to HHS that he/she has taken appropriate remedial measures following the discovery of a breach or disclosure of unsecured PHI. Providers who can demonstrate such may avoid or limit their liability related to the alleged breach.

Remedial measures include notice to patients and others of the impermissible use or disclosure that compromised the security or privacy of the PHI.

In January 2013, HHS published a final rule, including modifications to HIPAA’s Privacy and Security Rules. A main area affected by this update was the addition of obligations on providers and their business associates to identify and report breaches of PHI.

Under the previous “harm standard,” providers had discretion as to whether a breach was reportable, based on whether that breach would result in a significant risk of financial or reputational harm. But HHS decided to change the “harm standard” due to its inconsistent application by providers.

The new standard, as announced in the final rule, presumes that any unauthorized use or disclosure of unsecured PHI is a reportable breach. Providers can rebut that presumption only by determining there is a low probability that the PHI has been compromised.

There are many nuances to the HIPAA Breach Notification Rule, and providers must know whether they are required to notify:

The HIPAA Breach Notification Rule process is complex, should be executed in a timely manner, and must address these five critical questions:

If you believe that a breach of PHI may have occurred, the health care compliance team at Chapman Law Group are here to assess your situation and advise you on the next steps to take for HIPAA compliance.

The health care compliance attorneys at Chapman Law Group have vast experience in state and federal health care regulations and best practices all across the U.S. One of our lawyers is a former Medicare attorney, another is a former Medicaid fraud prosecutor, and each of us holds an LL.M. in Health Law from Loyola University Chicago School of Law — the top school in the U.S. for healthcare law.

Our extensive experience in key areas of regulatory compliance in healthcare include:

Our offices are in Detroit; Miami and Sarasota, Florida; Los Angeles/Southern California; and Chicago. Contact us today.

It’s simple to define what kickbacks in health care are. If a physician or medical provider uses any payment or compensation to encourage a patient

A Physician’s Guide on DEA Compliance: How to Avoid DEA Regulatory and Criminal Investigations Physicians and other health professionals face increased scrutiny from federal authorities,

A Possible End to the Draconian Compliance Provisions That May Prevent Innovative Medical Delivery Advances On February 9, 2018, President Trump signed the Bipartisan Budget