Local governments have dedicated a considerable amount of resources to the investigation and prosecution of Medicaid fraud in recent years. Many states even award patients and staff who file Medicaid fraud Whistleblower lawsuits up to 30% of the recovered money.

Unfortunately, this has caused many providers to be subject to investigations relating to smaller billing errors or discrepancies. The Medicaid fraud defense lawyers at Chapman Law Group have helped many medical professionals in the Metro Detroit area and Florida. 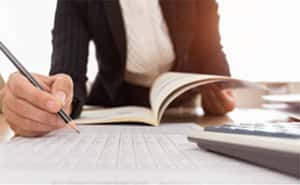 Medicaid audits are conducted by state agencies for purposes of determining compliance, potential overpayments, and to look for possible evidence of fraud. Often audits are conducted in response to a complaint received by the state from a patient, whistleblower or Medicaid plan.

Auditors may conduct an onsite audit or an offsite records audit (also called a desk audit). Auditors use several different fraud and overpayment detection methods. Common methods include data mining, where state analysis’s sort claims through statistical models to identify outliers. Other methods include evaluating a provider’s claims against similar providers within the same geographic region.

If state auditors suspect fraud, they will refer the matter to the Medicaid Fraud Control Unit (MFCU). Audits can result in tens of thousands of dollars in overpayment demands, false claims charges and anti-kickback actions.

We will work with you to ensure you submit sufficient information to support your claims and reimbursement to help avoid overpayment demands. Depending on the facts of the case, we may be able to prevent criminal charges from being filed and avoid licensing action or overpayment action.

Providers suspected of fraud can face both criminal and civil charges for Medicaid fraud. Unlike other health law matters, Medicaid fraud cases often progress very quickly and have devastating consequences, if not handled properly and timely.

If charges of Medicaid fraud have been filed against you, our Medicaid fraud attorneys and Medicaid claims compliance professionals will work with you to prepare your defense and protect your interests. Depending on the facts of the case, we may aim to have the case dismissed, or if the evidence is against you, work to achieve a favorable settlement and limit the impact on your career.

Our team of Medicaid fraud defense attorneys work together with our licensing and health law attorneys to prevent and/or resolve subsequent matters following fraud allegations, such as licensing, credentialing and CMS enrollment matters.

Our Medicaid Fraud Defense Attorneys are keenly aware of the negative impact a criminal indictment will have on your career, including your license, your standing with your employer, your reputation with your peers and your continued inclusion in the Medicaid and Medicare programs. We not only work to defend you against Medicaid fraud charges, but also work to limit the impact that such charges will have on the many facets that affect your career.

We represent health care practitioners all across Michigan — from Detroit to Ann Arbor and Dearborn, and from Grand Rapids to Troy — in addition to Florida’s metro areas in Tampa, Jacksonville, Miami, Orlando and West Palm Beach.

Contact us today and we will put our know-how to work for you.

A physician utilizing the Michigan Automated Prescription System (“MAPS”) became concerned about the scores being displayed for some of his patients and wanted a compliance review of his practice to determine whether his treatment plans were compliance and to improve his practice in the event of a review.

What is Healthcare Fraud? Any person (including a corporation) who knowingly and willfully executes, or attempts to execute a scheme to defraud any healthcare benefit

Tricare Cracking down on Healthcare Fraud and Abuse

Tricare Providers servicing military populations and accepting TRICARE should be wary. TRICARE and the Department of Justice are ramping up efforts to crack down on