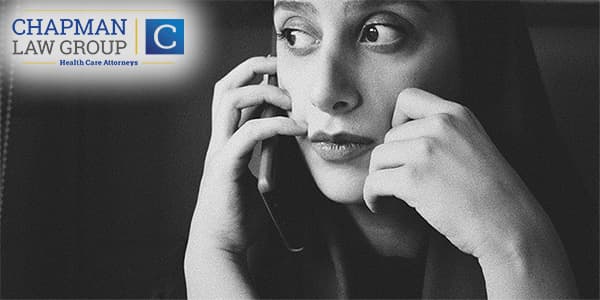 If You Have a Healthcare Whistleblower Claim to Pursue as a Relator, or Need to Defend as a Practitioner, the National Healthcare Attorneys at Chapman Law Group Are Here

As a healthcare provider, your practice must comply with government and commercial insurer regulations in order to be reimbursed for your services. Straying from those rules means facing federal penalties, threefold financial restitution, Medicare/Medicaid exclusion, loss of license, even prison time.

Unfortunately, healthcare providers across the U.S. get caught committing healthcare fraud every year by falsifying reports of services that were never rendered, billing incorrectly, or engaging in illegal self-referrals. In fiscal year 2019, of the $3 billion recovered in False Claims Act violations across all business (healthcare and non), the U.S. Department of Justice (“DOJ”) reports more than $2.6 billion came from healthcare practices.

In other words, a staggering 87% of all false claims in 2019 were solely attributed to drug and medical device manufacturers, managed care providers, hospitals, pharmacies, hospices, and laboratories. And the DOJ notes that at least $2 billion has been recovered from healthcare ventures every fiscal year since 2009.

How are these healthcare providers’ illegal actions detected? Often, it’s through government investigators who notice outliers by way of healthcare audits. But a practice’s employees — whether a nurse, physician assistant, radiologist, billing manager, or another kind of licensed medical professional — also can act as whistleblowers and alert the government of the unlawful conduct, and can earn up to 30% of the judgment or settlement.

Since the False Claims Act was substantially amended in 1986 to become a fee-for-service model, the DOJ has recovered more than $62 billion — nearly $45 billion of which was collected in Qui Tam cases filed by whistleblowers.

Whether you run a healthcare practice facing healthcare fraud claims, or you work for one and are considering blowing the whistle, our healthcare lawyers at Chapman Law Group are here to advise you on Qui Tam lawsuits.

What is a Qui Tam Action?

A Medicare Qui Tam action is when an individual sues or prosecutes for Medicare fraud (false claims), or violations of Anti-Kickback or Stark Law in the name of the government. The individual then shares in the proceeds of any successful litigation or settlement — sometimes as much as 30%.

The term Qui Tam comes from the Latin phrase, “Qui tam pro domino rege quam pro se ipso in hac parte sequitur,” meaning, “Who brings the action for the king as well as for himself.”

What Are Some of the More Common Types of Medicare Qui Tam Actions?

Who Can Bring a Medicare Fraud Qui Tam Action?

Any private individual with intimate knowledge of Medicare fraud or a false claim made to the government may bring a Medicare Qui Tam action. These individuals can be people who work at the healthcare practice in question or someone in the public realm.

What are Stipulations of a Medicare Fraud Qui Tam Action?

A Medicare Qui Tam lawsuit is generally brought by healthcare workers/providers (such as an office staff member or a nurse) who have evidence of fraud against an employer or former employer (such as the main physician of a health care practice). Cases are also commonly brought against suppliers and other providers whom the provider/relator has knowledge of the fraud.

These cases cannot be based on hearsay; a relator must have actual evidence, such as billing records.

How Can Government Intervene in a Medicare Qui Tam Action?

A Medicare fraud Qui Tam action is filed under seal for approximately 60 days. The relator serves the DOJ Civil Division with a copy of the complaint. The DOJ has 60 days to investigate the case and determine whether it wishes to intervene. Routinely, the DOJ will notify the court that it makes no decision on intervention, reserving the right to intervene later.

How Can the National Healthcare Attorneys at Chapman Law Group Help?

Medicare fraud Qui Tam Whistleblower cases are often very complex. These are complex charges that are not meant to be handled by a general criminal lawyer who may not know about healthcare law and the regulatory structure within it. They require the skill of an attorney who frequently deals with the complex federal laws pertaining to the False Claims Act.

At Chapman Law Group, our unique skillset in both government investigations and healthcare defense law gives us the edge you need, whether as a relator wanting to pursue an action and needing a lawyer, or as a healthcare practice that is being investigated for Medicare fraud.

Our team of national attorneys includes a former Medicare prosecutor who, in his many years of handling claims against providers on behalf of Medicare, has become exceptionally knowledgeable in fraud and abuse laws. In addition, we have an ex-Medicaid prosecutor who is well-seasoned in prosecuting fraud claims against healthcare providers.

If you feel that you have a Medicare fraud Whistleblower claim, or if you or your medical practice have been named in a Medicare Qui Tam action, the national healthcare lawyers at Chapman Law Group are here for you.

We have four national healthcare law offices: in Miami and Sarasota, Florida; Detroit, Michigan; and Los Angeles/Southern California. We serve healthcare providers across the U.S. — from Chicago to Houston, and from San Francisco to Philadelphia

Our healthcare criminal lawyers’ in-depth knowledge of addiction medicine allowed our physician client to have the best possible chance at acquittal.

Following review of our physician’s compliance plan, the government choose to dismiss the investigation without taking any adverse action.

Our client, a home health business manager convicted of $2 million in healthcare fraud, was able to serve just three months of his 36-month sentence, arguing for “compassionate release” due to his age and health condition.

The government claimed that property taken from Dr. Joseph Oesterling was derived from illegal activity, but the appellate court struck the argument down.