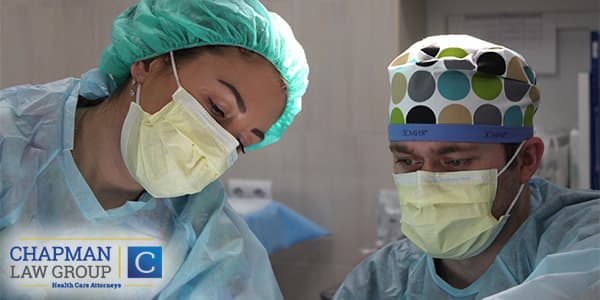 What is the Standard of Care in a Medical Malpractice or Negligence Lawsuit? Our National Healthcare Attorneys Explain

Is There an Example of Standard of Care That Doesn’t Involve Medical Malpractice/Negligence?

The best way to explain this is to think of a neighborhood with grass lawns. Some neighbors have meticulously manicured lawns with every blade of grass trimmed to perfection. Some neighbors simply cut their lawns every week to prevent overgrowth. Finally, some neighbors let their lawn grow out of control and never cut it.

If you were to drive through the neighborhood you would conclude that some of the neighbors deserve an A, some a B or C, and some a D or E for effort. Those receiving a D or E fall below the standard of care. Those with a C represent the average, and the A’s or B’s represent care above the standard.

If a lawyer were to take this matter to trial, the jury would more likely than not conclude the homeowner with a D or E fell below the standard of care and, therefore, would be liable for all damages proximately caused.

How Do You Determine What the Standard of Care Actually Is?

Generally, standard of care is established with expert testimony. The expert generally must testify that he/she is similarly trained, board-certified in the same field, etc., and that based on his/her experience and training, the standard of care required the health care provider to do or not do something.

How Does a Jury Make a Determination on Standard of Care?

How Can the National Medical Malpractice Defense Lawyers at Chapman Law Group Help My Healthcare Practice?

While medical malpractice defense is one of the most difficult litigation challenges for an attorney, we at Chapman Law Group have successfully defended hundreds of complicated medical malpractice claims with exceptional results. We understand the complexities of health care and work hard to defend your good name.

For 35 years running, Chapman Law Group is the No. 1 choice for medical malpractice, professional liability, and negligence claims throughout the nation. Our lawyers have a portfolio of successful representation for physicians, uninsured healthcare providers (in Florida and other states that apply),  dentists, pain management specialists, and many other licensed healthcare professionals

We are a national healthcare defense practice, with four offices: Detroit, Michigan; Miami and Sarasota, Florida; and Los Angeles/Southern California. Contact us today for more information.

Our defense lawyers argued the actual record did not support suicide watch, and if the nurse saw an checked box, she would have unchecked it.

A Medicare plan administrator sought $250,000 from an ophthalmology practice after reimbursing incorrectly, but the arbitrator rejected the argument, calling its fee schedule “incomprehensible.”

If you are confronted with a challenge to your hospital staff privileges or by a potential adverse hospital credentialing matter, the professional licensing and regulatory affairs attorneys at Chapman Law Group are here for you.