Use of Force Defense 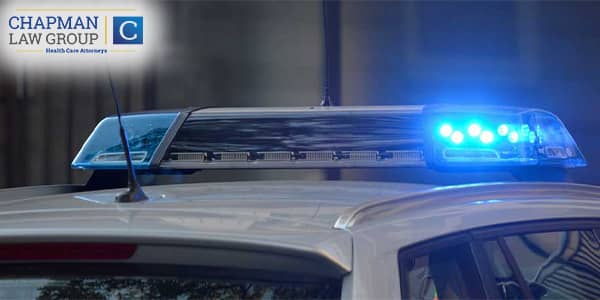 With 35-Plus Years in Public Employee, Police, and Jail Officer Litigation Matters, We are National Leaders in Use of Force Claims

Historically, incidents involving use of force have posed a complex area of law. This has become further complicated by public perception regarding officer actions — especially considering cases in recent years in Florida, Missouri, Minnesota, and many major cities — that heightens once lawsuits are brought to light by the media.

The best way to avoid such publicity and negative public opinion? By dealing with the litigation early and effectively, getting the suit dismissed before it becomes a media event.

A police officer, jail deputy, or other public employee acts under color of state law while acting in his official capacity or while exercising his responsibilities pursuant to state law. This makes them liable for a 42 U.S.C. § 1983 claim due to the use of force.

If the plaintiff was a free person at the time of the incident and the use of force occurred in the course of an arrest or other seizure of the plaintiff, the plaintiff’s claim arises under the Fourth Amendment and its reasonableness standard. If the person was convicted, however, the Eighth Amendment applies.

Managing the complex intersections of the Fourth or Eighth Amendment, deprivation of rights, and the use of force, is best managed by experienced attorneys who understand the nuances of this area of law.

How ‘Objectively Reasonable’ Comes Into Play

The reasonableness standard requires that any use of force by an officer be “objectively reasonable,” which means that the Court balances the cost to the person being arrested “against the government’s interests in effecting the seizure.”

This standard contains a built-in measure of deference to the officer’s judgment at the time, irrespective of subjective intent, about the level of force necessary considering the incident at the time it occurs. Legal protections under the Fourth Amendment continue during booking.

In terms of the use of force, the dividing line is when the suspect has been brought under control, as the government has no reasonable interest in continuing any use of force after the threat is neutralized. To use force after that point is considered excessive as a matter of law.

For example, officers observe an individual speaking to a drug dealer and then walk away. When police approach the individual runs. The suspect then surrenders after hiding, standing up and holding his arms out indicating surrender. However, while arresting the suspect, officers hit him on the side of the head, and then strike him across the knees for “running” from the officer. The individual arguably had surrendered and had been neutralized by the officer before being struck, making the officer’s actions unjustified and gratuitous and an improper use of force, opening the department to liability.

Determining the proper use of force versus excessive force requires the Court, in determining the reasonableness of force used in an arrest, to balance the nature and quality of the intrusion on the individual’s Fourth Amendment interests against the governmental interests at stake.

Notably, the reasonableness is that of an officer on the scene, and not someone with “the 20/20 vision of hindsight.” The courts have stated that at some point, the reasonableness standard ceases to apply and a higher standard is imposed, and the courts look to see if the force used crosses the constitutionally established line by “shocking the conscience” of the court.

The law looks whether force is applied in good faith to maintain or restore order or if it was done maliciously and sadistically for the very purpose of causing harm.

At Chapman Law Group, We Understand the Complexity of Police Liability and Use of Force Defense

The experienced national healthcare defense attorneys at Chapman Law Group have 35 years of litigation experience dealing with public employees, police, and jail officers across the U.S., and the effective dismissal of use of force claims. By challenging the legal standards involved, early involvement of experts with years of experience in their respective fields, and aggressive motions and discovery practice, Chapman Law Group will address use of force matters for you for effective outcomes and peace of mind.

We have four national health care defense offices: Detroit; Miami; Los Angeles/Southern California; and Sarasota, Florida. Contact us today and let us show what 35 years of correctional facility defense litigation can do for you.