TriCare Cracking Down on Healthcare Fraud and Abuse 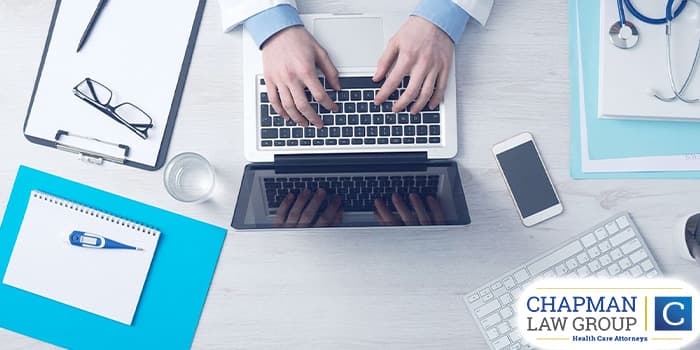 Providers servicing military populations and accepting TriCare should be wary: TriCare and the Department of Justice are ramping up efforts to crack down on TriCare fraud and abuse.

Providers in Florida, Hawaii, Texas, North Carolina, California, and other states with heavy military populations will see increased scrutiny by the Department of Justice, Defense Criminal Investigative Service, and the FBI for improper billing of TriCare services.

In 2017, Attorney General Jeff Sessions announced the largest healthcare fraud takedown in U.S. history: 412 individual defendants were indicted for unlawfully submitting $1.3 billion in fraudulent claims. These claims include Medicaid fraud, Medicare fraud, and TriCare for treatments that weren’t rendered, not medically necessary, or improperly billed. Many of those cases were related to physicians and pharmacies who improperly billed TriCare for services that were not rendered.

You may be charged for health care fraud under 18 U.S.C. 1347, which is a federal criminal statute. The providers who are accused of TriCare fraud can also be charged with wire fraud, making false statements related to healthcare, even RICO (an organized crime statute).

What Should I Do?

If you feel that you may have billed TriCare in error, you should contact an experienced TriCare fraud attorney today.

At Chapman Law Group, our team of healthcare fraud and TriCare fraud attorneys are here to help. Our attorneys include former healthcare fraud prosecutors, seasoned defense attorneys, health law experts, and a former military prosecutor, all of whom can assist you with the best possible resolution to your case.

Whether you are facing an audit, indictment, or suspect that TriCare may have overpaid you, it is imperative to seek skilled health care advice as soon as possible.

TriCare is responsible for over 9.4 million beneficiaries across the U.S. and reimburses over 70.5 million outpatient visits a year.

In recent months, DCIS, HSMA, FBI and other investigative bodies have increased efforts to crack down on TriCare fraud. Providers in Hawaii, California, North Carolina, Florida and Texas who treat large populations of TriCare beneficiaries are facing increased investigations.

If you bill TriCare and believe that you may be the target of an audit, investigation, or indictment, you don’t need just any criminal defense attorney — you need one who understands the complexity of healthcare and TRICARE.

Chapman Law Group’s team of skilled, national healthcare attorneys include former healthcare fraud prosecutors, health law attorneys, and seasoned criminal defense attorneys. We understand the complexity of the healthcare industry, and we effectively work to resolve allegations of TriCare fraud. We at Chapman Law Group has achieved fantastic results in drastically reducing overpayments during audits and obtaining, in some cases, dismissal of health care fraud charges.

Our national healthcare defense law offices are in Detroit, Michigan; Miami and Sarasota, Florida; and Los Angeles/Southern California. Contact us today to learn what we can do for you.