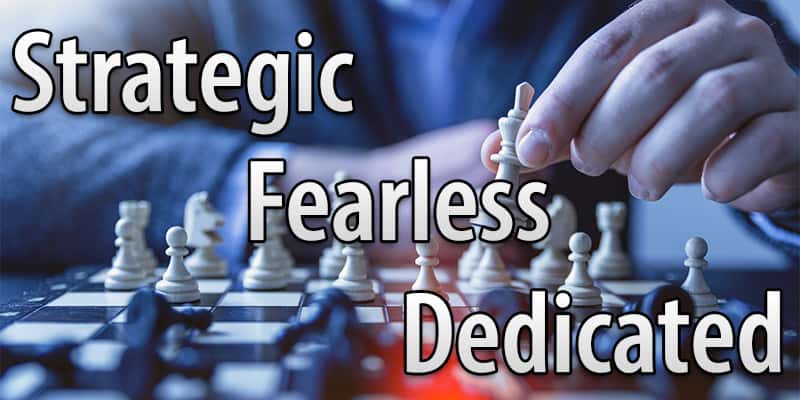 Picture your ophthalmology practice getting a 50% reimbursement rate from your Medicare plan administrator, for a drug that treats macular degeneration. All of a sudden, the plan administrator claims it had been reimbursing you at the wrong rate for three years.

Your ophthalmology practice is then hit with a bombshell: not only is your reimbursement rate now at a paltry 8%, but the administrator is demanding you pay back a whopping $250,000 for its mistake.

That’s exactly what happened to Dr. James Powers, a Port Richey, Florida-based ophthalmologist who adhered to his provider contract in terms of the administrator’s default rate and how it was to be billed.

Ronald W. Chapman Sr., president and founder of Chapman Law Group, knew from the outset that the administrator had no basis for reducing Powers’s rate to an astoundingly low figure. At arbitration, Ron argued this point steadfastly, while the administrator’s four-person counsel contended it had the upper hand.

The arbitrator was convinced that the administrator’s error didn’t fall on our client, who followed everything in the contract to the letter.

Powers’ $510,706 award is vindication for not just ophthalmology practices, but for all health care practices and licensed health care professionals that maintain compliance with Medicare plan administrators — and national healthcare law firms like Chapman Law Group, who are not afraid to litigate for them.

Powers’s contract with United Healthcare of Florida, along with its affiliate, WellMed Medical Management, dated back to 2010.

WellMed, however, had been reimbursing Powers a different way: using the default rate of a percentage of his billed charges. Because of this, for more than six years Powers was receiving a much higher reimbursement rate from WellMed than United.

In 2019, WellMed realized its error and ordered Powers to pay back $250,000, an amount WellMed claimed it was owed for its three-year Avastin overpayment.

Ron disputed this fiercely, pointing out that, per the contract, “reimbursement is governed by the ‘Default Percentage of Eligible Charges,’ which would equal 50% of [Powers’s] usual and customary charge for the drug. In other words, … WellMed had been correctly reimbursing him under the terms of the Contract, and that it has no basis to claim any overpayment.”

Interestingly, United and WellMed brought up the applicability of certain fee schedules, saying that “the fee schedule included in the contract is actually a sample and that the actual fees are derived from ‘market standard specifications’ which change regularly.”

The arbitrator dismissed this argument, calling it “an incomprehensible way of trying to determine rates. Indeed, it is apparently so confusing that WellMed itself arrived for more than six years at a rate it now claims is excessive.”

We at Chapman Law Group know that, as with nearly every health care practice in the U.S., ophthalmology practices must rely on Medicare plan administrators like United in order to keep providing quality care to its eye patients.

But plan administrators should never use its financial influence, carte blanche, to coerce ophthalmologists like Powers to accept a lower reimbursement.

This ruling and the resulting $510,706 award sends a strong message to large-scale health care and Medicare plan administrators: our health care attorneys are not afraid to face you when you go after “the little guy” for your mistakes.

If your ophthalmology practice is under dispute with your Medicare plan administrator, is facing a Medicare audit, or you need representation for Medicare appeals, contact the national heath care lawyers at Chapman Law Group. We’ll advise you on what direction to take and put our legal muscles to work for you.

Our extensive experience in key areas of regulatory compliance in healthcare include:

We represent licensed medical professionals across the U.S., including:

Our offices are in Detroit; Miami and Sarasota, Florida; Los Angeles/Southern California; and Chicago.

With lawyers dedicated to helping providers defend their claims during audits, recovery action and appeals, you are in strong hands. Contact us today for a consultation.

Before representing a defendant charged with health care fraud, it is important for defense counsel to gain a detailed understanding of Medicare billing……..

For Medicare fraud defense, your health care practice should rely on an attorney with detailed-specialized knowledge of everchanging rules and regulations.